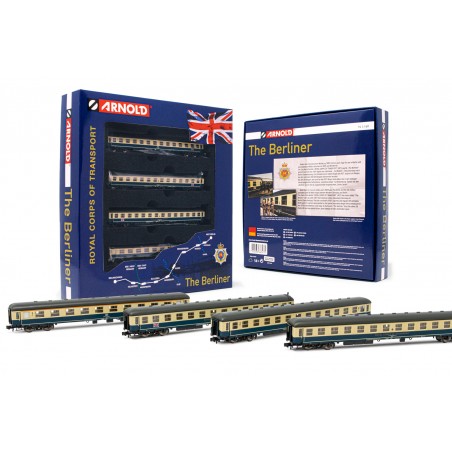 Apart from the French military train TMFB also the British and the US military operated trains for their troops between Westtern Germany and Berlin. The train of the British "Royal Corps of Transport" (RCT) has been called "The Berliner" and ran until 1991 from (Hanover, when necesary) Brunswig to Berlin-Charlottenburg. The train consisted of RCT coaches and regular DB carriages. Both types of coaches were painted in the typical ocean/beige livey introduced in the 1970s. Nonetheless it was easy to distinguish "The Berliner" from the other DB trains: All coaches carried Union Jacks instead of train destination signs.